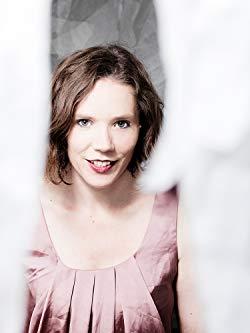 Beckett focused on pouring lemon into the mug.

No, love is intimate. It takes time and experience to develop. Physical attraction isnt enough; its about emotional fostering. About trust. Takes time and effort to nurture. Its not something thats entitled.
Comentar  Me gusta         20
Pisces Floors Taurus de Anyta Sunday
Beckett laid the shower curtain over the bathtub and crossed over to him. Blue eyes simmered with fondness, lust, and shynesssomething he wasnt used to in Beckett.

Beckett laid a warm hand over the side of Zanes neck. His thumb tapped with the rapid beat of his heart. A question brewed in his gaze, and the answer was yes, yes, yes! But Zanes throat dried, and he croaked.

Flustered, he broke their connection, scooped up the empty box, and shifted it from arm to arm.

We should put the curtain up. Zane peeked inside the cardboard box. Just a bunch of screwed up packing paper. Shit. No shower rings.

Now he had, and Zane had gutted it.
Comentar  Me gusta         10
Pisces Floors Taurus de Anyta Sunday
Zane winced at the loss when Beckett slipped out of him. He hugged him tighter. That felt very . . . 