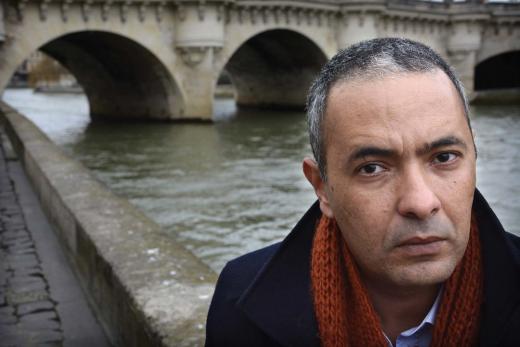 other one get left out? Well, the original guy was such a good storyteller, he managed to make people forget his crime, whereas the other one was a poor illiterate God created apparently for the sole purpose of taking a bullet and returning to dust  an anonymous person who didnt even have the time to be given a name".

"thats the reason why Ive learned to speak this language, and to write it too: so I can speak in the place of a dead man, so I can finish sentences for him. The murderer got famous, and his storys too well written for me to get any ideas about imitating him. He wrote in his own language. Therefore Im going to do what was done in this country after Independence: Im going to take the stones from the old houses the colonists left behind, remove them one by one, and build my own house, my own language".

"A brief Arab, technically ephemeral, who lived for two hours and has died incessantly for seventy years, long after his funeral".

"nobody at all ever tried to find out what the victim's name was, or where he lived, or what family he came from, or whether he had children. Nobody. Everyone was knocked out by the perfect prose, by language capable of giving air facets like diamonds, and everyone declared their empathy with the murderers solitude and offered him their most learned condolences".

"Its simple: The story were talking about should be rewritten, in the same language, but from right to left. That is, starting when the Arabs body was still alive, going down the narrow streets that led to his demise, giving him a name, right up until the bullet hit him. So one reason for learning this language was to tell this story for my brother, the friend of the sun".

"I want you to make a note of my brothers name, because he was the one who was killed in the first place and the one whos still being

killed to this day. I insist on that, because otherwise, we may as well part right here. You carry ode your book, I'll take up the body, and to each his way".

"Have you noted it down? My brothers name was Musa. He had a name. But hell remain the Arab forever...For centuries, the settler increases his fortune, giving names to whatever he appropriates and taking them away from whatever makes him feel uncomfortable. If he calls my brother the Arab, its so he can kill him the way one kills time, by strolling around aimlessly. For your guidance, Ill tell you that for years after Independence, Mama fought to be awarded a pension as the mother of a martyr. As you can imagine, she never got it, and why not, if you please? Because it was impossible to prove the Arab was a son  and a brother. Impossible to prove he existed, even though he was killed in public...How can you tell the world about that when you dont know how to write books? ...Nothing was left of Musa, not even a corpse!".

"The song is Oranian, the beers Arab, the whiskeys European, the bartenders are Kabyles, the streets are French, the old porticos are Spanish    and I could go on".

"Do you know how I got a job? Im going to confess: I let the air out of another workers bicycle tires so I could show up earlier than he did and take his place. Yes indeed, thats hunger for you!"

"One day, I asked myself a question that you and your people have never asked yourselves, even though its the first clue to the puzzle. Your heros mother  wheres her grave? Yes, over in Hadjout, but where, exactly?"

"the language. The one I read, the one I speak today, the one thats not hers. Hers is rich, full

of imagery, vitality, sudden jolts, and improvisations, but not too big on precision. Mamas grief lasted so long that she needed a new idiom to express it in".

"Mama transmitted her fears to me, and Musa his corpse. What could a teenager do, trapped like that between death and the mother?"

"Ive often wanted to kill Musa since he died, to get rid of his corpse, to get Mamas affection back, to recover my body and my senses, to  In any case, its a strange story. Its your hero who does the killing, its me who feels guilty, and Im the one condemned to wandering "

"Arab. I never felt Arab, you know. Arab-ness is like Negro-ness, which only exists in the white mans eyes. In our neighborhood, in our world, we were Muslims, we had given names, faces, and habits. Period. The others were the strangers".

"As for me, what shall I tell you? Life had been given back to me at last, even if I had a new cadaver to drag around. At least, I told myself, its not mine anymore, its an unknown persons. Our weird family, composed of the dead and the disinterred, kept that night a secret".

"Do you find my story suitable? Its all I can offer  you. It's my word. Im Musas brother or nobodys. Just a compulsive liar you met with so you could fill up your notebook...It's your choice, my friend".